Made in Belgium,
not a coincidence…

IndigoCare, part of the Essec Group founded in 1977, created the very first Full-IP nursecall system in the world (2007).
That this game-changing solution was invented in Belgium is no coincidence, as Belgium has always been a place of great visionary and innovative ways of thinking. Why the “Made in Belgium” label is more than just chocolate, fries, painters and beer and should never be shy to be compared with the “Made in the US” or “Made in Germany” labels is clearly proven with below examples of great Belgian pioneering inventions:

The revolutionary ‘Age of Plastic’ can be credited to the invention by Belgian plastics pioneer Leo Henricus Arthur Baekeland, a Nobel price winner who created the first commercial version of plastic called Bakelite (inspired by his own name). Bakelite garnered immediate public interest when it was first introduced to the public in 1909 due to its strength, malleability, heat-resistance and low production cost. The product’s versatility inspired the company’s tagline ‘the material of a thousand uses’ — and rightfully so as we see today – although this version of synthetic material fell out of favour as it failed to hold colour as well as newer plastics, it was indeed the foundation of all plastic solutions that would follow.

Belgian chemist Edward de Smedt paved the way for the creation of modern roads with his invention of asphalt concrete. De Smedt patented his ‘sheet asphalt pavement’ in 1870 while he was working on coal dust problems at Columbia University in New York. The first applications of his invention were in 1872 at Battery Park and Fifth Avenue in New York City. De Smedt continued to improve his asphalt mix with bitumen from different countries until he found a formula that carpeted roads with a smooth, clean finish.

If you’ve ever experienced an upset stomach, you may be familiar with the drug Imodium. Thanks to Belgian doctor Paul Janssen, Imodium – or loperamide as it’s scientifically known – was first synthesised in his Belgian-based company Jannsen Pharmaceutica in 1969. The fast-acting medicine is used to decrease the frequency of symptoms for patients suffering gastroenteritis and bowel issues and has been listed on the World Health Organisation’s (WHO) list of essential medicines.

For all of the scientific heavyweights, such as Alexander Friedmann and Edwin Hubble, that found themselves knee-deep in theories about the universe in the first half of the 20th century, it was a Belgian Catholic priest that came up with the Big Bang Theory. In his doctoral thesis of 1927, Georges Lemaître went head to head with his colleague Einstein, who at that time believed the universe was static, to state that it was actually expanding. Four years later, Lemaître proposed the hypothesis of the primeval atom or ‘Cosmic Egg,’ which the British Association in London initially laughed at and in the beginning was mockingly referred to as ‘the Big Bang.’

It’s hard to imagine that the type of synthetic rubber we sometimes see in mouse pads, laptop covers, wetsuits, camera cases or Halloween masks once had religious affiliations. The creation of neoprene was influenced by Belgian chemist and priest Reverent Julius Nieuwland’s research on acetylene chemistry. In 1920, Nieuwland produced a type of jelly that firmed into an elastic compound similar to rubber. Nieuwland mentioned this revolutionary finding during a lecture in New York, attended by a scientist from America chemical conglomerate DuPont. The DuPont scientists, with the priest’s help, built upon this basic research to create modern-day neoprene, which is used in a range of applications today.

In the 14th century, Belgium lay between two major trading empires: the Mediterranean, dominated by the Italians and the Baltic Sea with German Haneastic merchants. Residents in Belgium acted as intermediaries between the merchants and innkeepers often played a central role as brokers for their customers. The Ter Beurse Inn, run by the Van der Beurze family, was one of the most renowned and the square in front of the inn became the leading financial and commercial centre. Shares of companies weren’t traded at this time, instead traded ‘stocks’ referred to affairs of government, businesses, trade and individual debt. Brokers would also gather local and foreign economic data from travelling guests and eventually exchange rates from various cities were announced at regular times, later leading to an organised money market. The idea quickly spread around Flanders and neighbouring countries and early stock markets, such as in Ghent and Rotterdam, were typically called ‘beurzen’, which is said to be the etymological origin of today’s word for exchange, ‘bourse’.

Belgian Karel Van de Poele was a famous inventor with more than 240 patents to his name, but one of his most lauded innovations was the electric tram. In 1883, Van de Poele became the first person to power a tram by electricity driven back and forth on a track in Chicago. He later also developed the trolley system, which powers trams by collecting currents from an attached overhead wire.

This household product is synthetically produced with salt and limestone typically using a method known as the Solvay process, named after its Belgian inventor Ernest Solvay. Although sodium carbonate was not Solvay’s invention, in 1861 he improved and simplified the laborious Leblanc process, allowing for production on an industrial scale. It has many purposes such as cooking and cleaning but the manufacture of glass is one of the most important uses. Around the year 1900 the Solvay Company produced about 95 percent of global demand for sodium carbonate and Solvay’s legacy lives on in the forms of his many philanthropic endeavours, such as the Solvay Business School in Brussels.

You know those roll-on sticks of white liquid you put on your body during camping so that the pesky mosquitoes will stay away? Belgians call this type of repellent mosquito milk and it was invented by a bright young chemist from Antwerp, who noticed that the existent product wasn’t cutting it. In the case of mosquito repellents, the offending side effect was an abominable smell. Enter Alfons Van Doninck with his special milk that was being used all over the world in less than three years.

When you check an online map for directions or browse the location of a new restaurant, you’re likely using one of the most-famous Belgian innovations ever created: the Mercator projection. Created in 1569 by Flemish cartographer Gerardus Mercator, the Mercator projection is arguably the most popular version of the world map after it became the first map to factor in the earth’s spherical shape. It has been adapted for nautical purposes for its ability to preserve constant true directional bearing through its rhumb lines — straight segments that cut all meridians at the same angle — and allow navigators to plot a straight-line course.

This major invention has always been credited to British computer scientist Tim Berners-Lee, but Belgian informatics engineer and computer scientist Robert Cailliau is also considered a co-inventor due to his role in creating the proposal that led to the invention of the WWW. Berners-Lee and Cailliau co-wrote the proposal in November 1990 while they were both employed at CERN in Switzerland and Cailliau subsequently played a large part in getting funding and seeing the project to fruition. Cailliau is also credited to collaborating on the development of the first Web browser for the Apple Macintosh in 1992.

The invention of the internal combustion engine (ICE) has had a profound impact on society, enabling the movement of automobiles, trucks, airplanes and buses. Out of all the various patents at the time, the ICE created by Belgian engineer Étienne Lenoir (1858) was the first design to be considered a success as it could be commercialised in sufficient quantities. Lenoir’s engine was a single-cylinder, two-stroke engine and burned a mixture of coal gas and air ignited by a ‘jump sparks’ system to generate power.

America’s first operational ICBM (intercontinental ballistic missile) was created by Belgian pioneer rocket designer Karl Jan Bossart, born in Antwerp. The Atlas ICBM was used as a first stage for satellite launch vehicles for half a century after it became operational in 1959. As a launch vehicle, it was one of the most reliable expendable rockets in service and several achievements are credited to Bossart’s invention: the launch of the first communications satellite, launch of the first US orbital manned missions and the launch of probes to Mars, Venus, Jupiter, and Saturn. However, as his work was largely classified, he remains relatively unknown.

Joseph Antoine Ferdinand Plateau, born 14 October 1801, was a Belgian physicist. He was the first person to demonstrate the illusion of a moving image. To do this he used counter rotating disks with repeating drawn images in small increments of motion on one and regularly spaced slits in the other. He called this device of 1832 the phenakistoscope. The projection of stroboscopic photographs, creating the illusion of motion, eventually led to the development of modern cinema.

(as the British media called Belgium during the Great War)
has always understood that it needs to be versatile, flexible, innovative and open, and these are now off course also -no surprise there!- the main principles of IndigoCare and the Essec Group. 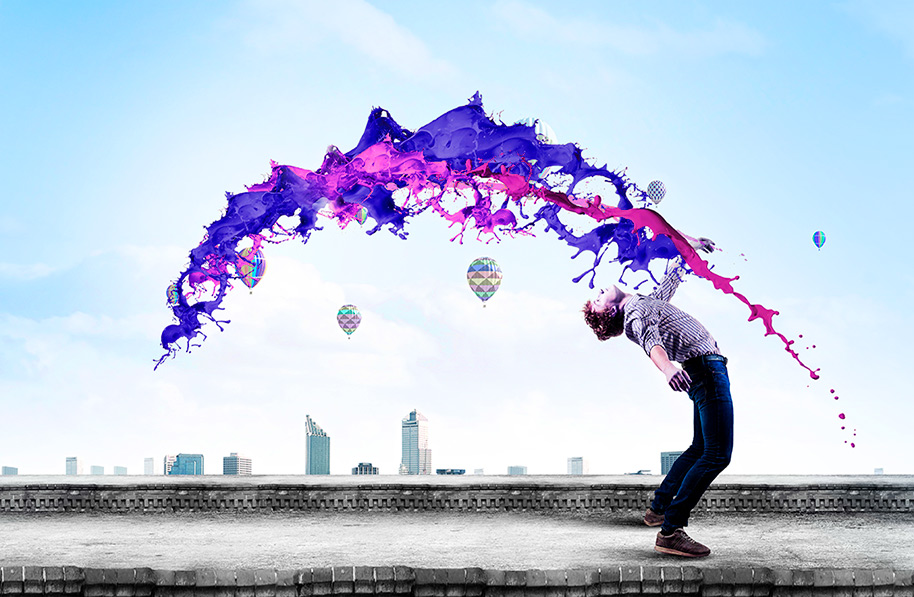 Look around you and you will almost certainly find something that has its origins in Belgium!

Belgium has always been a big player in science and discoveries by Belgian researchers, scientists and industrialists have had a huge role in shaping the modern world as we know it today.
The headquarters of the EU and NATO are based in Belgium and even Karl Marx came to Belgium to write his famous Manifesto (1847). The most significant diamonds processing sector in the world is based in Belgium and we had some of the greatest athletes in history (like Eddy Merckx).

Do you want more information?

Do you want to become our local partner?